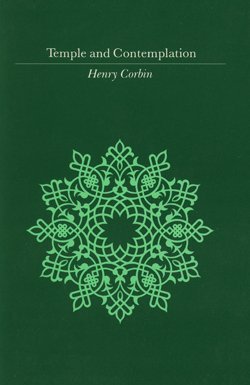 Translated by Philip sharrard, with the assistance of Liadain Sherrard. A good, clean & sound copy. Covers have some wear to extremities.

Henry Corbin (d. 1978) was professor of Islamic relgion at the Sorbonne and director of the department of Iranic studies at the Institut franco-iranien in Tehran. His wide-ranging work included the first translations of Heidegger into French, studies in Swedenbort and Boehme, writings on the Grail and angelology, and definitive translations of and commentary on Persian Islamic/Sufi texts. He introduced us to such seminal terms as the 'imaginal' realm, ta'wil, and 'theophany' into Western psychospiritual thought. His published works include Creative Imagination in the Sufism of Ibn Arabi, Avicenna and the Visionary Recital, and The Man of Light in Iranian Sufism.

Philip Sherrard was a poet, translator, literary scholar, theologian and interpreter of the Orthodox tradition.

Book Description Routledge Kegan & Paul, 1986. Paperback. Condition: GOOD. Has little wear to the cover and pages. Contains some markings such as highlighting and writing. Supplemental materials are not guaranteed with any used book purchases. Seller Inventory # 0710301308_abe_gd

Book Description Routledge Kegan & Paul, 1986. Paperback. Condition: VERY GOOD. Pages are intact and are not marred by notes or highlighting, but may contain a neat previous owner name. The spine remains undamaged. Supplemental materials are not guaranteed with any used book purchases. Seller Inventory # 0710301308_abe_vg

Book Description Routledge Kegan & Paul 1986-02-01, 1986. Paperback. Condition: Good. Item is in good condition. Some moderate creases and wear. This item may not come with CDs or additional parts including access codes for textbooks. Might be an ex-library copy and contain writing/highlighting. Seller Inventory # DS-0710301308-3