Items related to A Narrow Point of View (Hillary Greene) 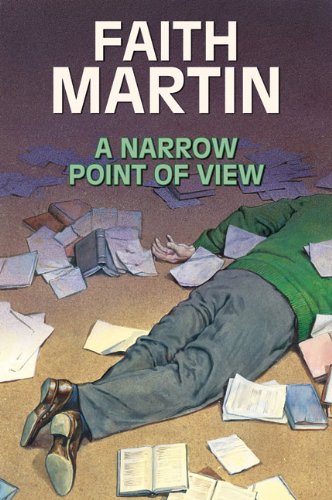 When a devout Christian is found murdered in his home - his body callously set alight, Hillary and her team embark on their most puzzling murder case yet. The victim may have been pious to the point of smugness but it still seems impossible to find anyone with a motive strong enough to want him dead. But even as Hillary digs deeper, unearthing avaricious business partners and an estranged son, her mind is on other matters. The newest member of her team is being targeted by a vicious criminal gang and her old adversary, Superintendent Brian Vane, is actively seeking ways to stab her in the back. It's not surprising that Hillary begins to question her position at Thames Valley HQ...but where will she go from here?

A storyteller to delight your senses. --The Belles & Beaux of Romance

Faith Martin was born in Oxford. She began her working life as a secretary but left to pursue her dream of becoming a writer. A Narrow Point of View is the latest novel in the Hillary Greene series.

Buy Used
Condition: As New
Pages are clean and are not marred... Learn more about this copy

1. A Narrow Point of View

Book Description The Crowood Press. Hardcover. Condition: As New. No Jacket. Pages are clean and are not marred by notes or folds of any kind. ~ ThriftBooks: Read More, Spend Less. Seller Inventory # G070909020XI2N00

Book Description Robert Hale Ltd, 2010. Hardcover. Condition: Good. Ex Library Book with usual stamps and stickers. Good condition is defined as: a copy that has been read but remains in clean condition. All of the pages are intact and the cover is intact and the spine may show signs of wear. The book may have minor markings which are not specifically mentioned. Most items will be dispatched the same or the next working day. Seller Inventory # mon0015904484