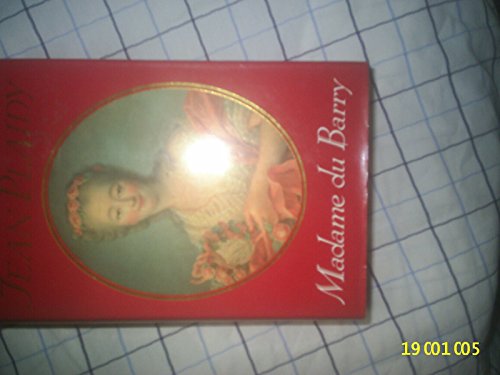 This historical novel relates the moving story of a remarkable beauty and wit who dazzled king and commoner alike. Marie Jeanne Becu was the illegitimate daughter of a humble cook yet, by the time she was 23, she had become Madame du Barry and the official mistress of King Louis XV of France.

SHE COULD DAZZLE KING AND COMMONER ALIKE – BUT NOT FOR EVER...

Marie Jeanne Bécu began life as the illegitimate daughter of a humble cook, but by the time she was twenty-three she had become Madame du Barry, the official mistress of King Louis XV of France. By virtue of her exceptional and seductive beauty, her enchanting wit and her unfailing good nature, she came to govern the monarch and all around him.

While the king is alive, she can endure the jealousy and resentment of others who are constantly seeking to usurp her place. But once King Louis is dead, it is clear that she is no longer welcome at the French court. Yet there is far worse to come, for in 1789 the French Revolution casts its long shadow and Madame du Barry's life is in mortal danger...

"Superb storytelling...meticulous attention to authenticity of detail and depth of characterisation...one of the country's most widely read novelists"
SUNDAY TIMES

Jean Plaidy, who died in January 1993, was one of the world’s best-loved writers of romantic and historical fiction. She was also known to millions as Philippa Carr and Victoria Holt.