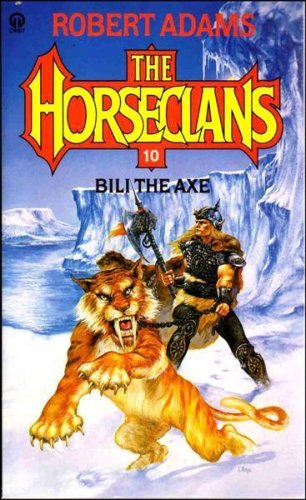 The gathering of the host With the help of powerful inhuman allies, Prince Byruhn has persuaded Bili and his warriors to delay their return to Confederation lands and join in his campaign against the deadly invading army that threatens to destroy New Kuhmbuhluhn. But even as Bili and his warriors rally to the Kuhmbuhluhners' aid, the forces of the Witchmen are on the move again. Are Bili and Prince Byruhn galloping straight into a steel-bladed trap from which death is the only release?

Book Description Paperback. Condition: Very Good. The book has been read, but is in excellent condition. Pages are intact and not marred by notes or highlighting. The spine remains undamaged. Seller Inventory # GOR002974905

Book Description Paperback. Condition: Good. The book has been read but remains in clean condition. All pages are intact and the cover is intact. Some minor wear to the spine. Seller Inventory # GOR002033014

Book Description Paperback. Condition: Fair. A readable copy of the book which may include some defects such as highlighting and notes. Cover and pages may be creased and show discolouration. Seller Inventory # GOR003263845

Book Description Mass Market Paperback. Condition: Good. All orders are dispatched the following working day from our UK warehouse. Established in 2004, we have over 500,000 books in stock. No quibble refund if not completely satisfied. Seller Inventory # mon0005876415