Items related to Stanley Baker: A Life in Film

Stanley Baker: A Life in Film 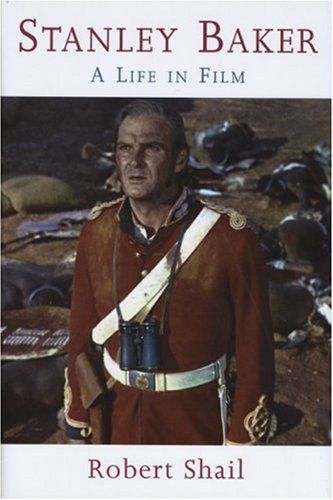 This book offers the first in-depth, fully-researched analysis of the career of Stanley Baker, one of the most significant cinema figures to have come out of Wales and sheds considerable light on the image of Welsh national identity and masculinity which he projected. Stanley Baker is one of only a handful of Welsh-born actors to have become a major film star. Like his friend Richard Burton, his rise to fame took him from an impoverished childhood in the valleys of south Wales to international stardom in films such as Zulu and Accident. As well as being an important figure in front of the camera, he became a producer and film executive as well, whilst never losing his strong links with his Welsh background.

Robert Shail is the Head of the Department of Film and Media at the University of Wales Lampeter.

1. Stanley Baker: A Life in Film

Book Description University of Wales Press, 2008. Hardcover. Condition: Good. Minor shelf wear Good condition is defined as: a copy that has been read but remains in clean condition. All of the pages are intact and the cover is intact and the spine may show signs of wear. The book may have minor markings which are not specifically mentioned. Most items will be dispatched the same or the next working day. Seller Inventory # wbb0016495343