Items related to Lawyers and Laymen 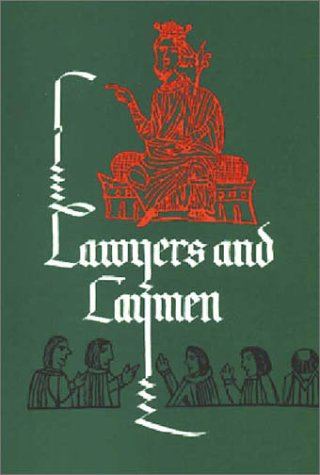 This collection of studies and edited texts is being offered to Professor Dafydd Jenkins as an appreciation of his contribution to the study of legal history and especially of Welsh medieval law. This contribution lies not only in his own published works but in the constant support which he has given to younger scholars over many years. The volume falls into two parts. The first part is concerned with a principal area of Welsh medieval law, Suretyship. The second contains studies on a wider variety of topics including Welsh, English, and European legal history.

"The volume, while dealing with matters of legal history, is not addressed exclusively to legal historians. Its chief use must be for those scholars who require a knowledge of legal matters while addressing wider historical issues." -British Book News

Thomas Charles-Edwards is a professorial fellow at Jesus College at the University of Oxford. He has written a number of works on Welsh medieval history. Dr Morfydd E. Owen is a retired academic whose current major study is connected with medieval Welsh medical texts, and is also involved in the study of major medieval prose.

Book Description University of Wales, 1986. Condition: Fair. This is an ex-library book and may have the usual library/used-book markings inside.This book has hardback covers. With usual stamps and markings, In fair condition, suitable as a study copy. No dust jacket. Please note the Image in this listing is a stock photo and may not match the covers of the actual item,650grams, ISBN:0708309259. Seller Inventory # 6462601

2. Lawyers and Laymen: Studies in the History of Law Presented to Professor Dafydd Jenkins on His Seventy-Fifth Birthday, Gwyl Ddewi 1986

Book Description University of Wales Press, United Kingdom, 1986. Hard Cover. Condition: Very Good. Dust Jacket Condition: Very Good. A festschrift for a Welsh scholar notable both as a legal historian and as a man of letters, this book breaks new ground in European legal history. The first part examines in detail the evidence for the Law of Suretyship in Medieval Wales, Ireland and Brittany. The second includes papers on a wide variety of topics relating to the history of lawyers and lawcourts. Text is primarily in English with some sections in Welsh. Red boards with gold-color lettering on spine, frontis., xi, 395 pp., illustrated jacket. Review copy slip laid in. Minor wear at heel of spine, no owner names or gift notes, clean text, tight binding, nice jacket with slight wear at top of spine. Text has a very faint tobacco odor. Size: 8vo - over 7ľ" - 9ľ" tall. Seller Inventory # 015514

3. Lawyers and Laymen: Studies in the History of Law presented to Professor Dafydd Jenkins