Items related to Bitch: In Praise of Difficult Women

Bitch: In Praise of Difficult Women 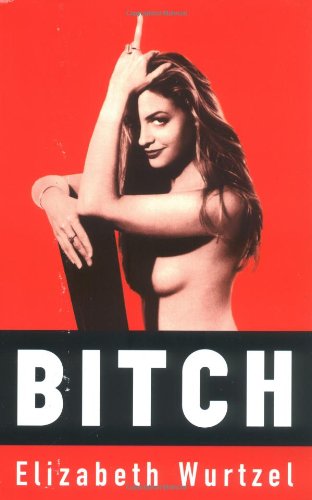 The history of sexually manipulative women from biblical times to today.

Elizabeth Wurtzel is the author of the bestselling books Prozac Nation, Bitch, and More, Now, Again. A Harvard graduate whose work has appeared in such publications as The New Yorker, New York, The Guardian, and The Oxford American, she lives in New York City.

r understands the desire to be bad than Elizabeth Wurtzel.

Bitch is a brilliant tract on the history of manipulative female behavior.  By looking at women who derive their power from their sexuality, Wurtzel offers a trenchant cultural critique of contemporary gender relations.  Beginning with Delilah, the first woman to supposedly bring a great man down (latter-day Delilahs include Yoko Ono, Pam Smart, Bess Myerson), Wurtzel finds many biblical counterparts to the men and women in today's headlines.

In five brilliant extended essays, she links the lives of women as demanding and disparate as Amy Fisher, Hillary Clinton, Margaux Hemingway, and Nicole Brown Simpson.  Wurtzel gives voice to those women whose lives have been misunderstood, who have been dismissed for their beauty, their madness, their youth.

She finds in the story of Amy Fisher the tragic plight of all Lolitas, our thirst for their brief and intense flame.&

3. Bitch: In Praise of Difficult Women

4. Bitch: In Praise of Difficult Women

5. Bitch: In Praise Of Difficult Women