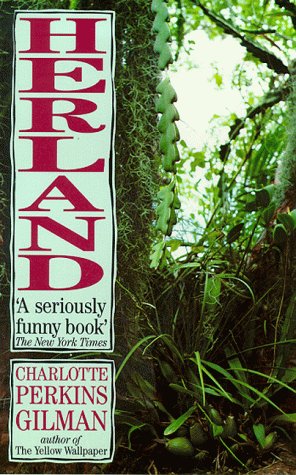 Written in 1915, this text is about a utopian female community where war, famine and other "man-made" disasters do not exist.

Charlotte Perkins Gilman (1860 – 1935) was a prominent American feminist, sociologist, novelist, writer of short stories, poetry, and nonfiction, and a lecturer for social reform. In 1884, she married the artist Charles Walter Stetson. Their only child, Katharine Beecher Stetson, was born the following year. In 1888, Charlotte separated from her husband – a rare occurrence in the late nineteenth century. The two legally divorced in 1894. Following the separation, Charlotte moved with her daughter to Pasadena, California, where she became active in several feminist and reformist organizations.

Book Description The Women's Press, 1979. Paperback. Condition: Good. Connecting readers with great books since 1972. Used books may not include companion materials, some shelf wear, may contain highlighting/notes, may not include cdrom or access codes. Customer service is our top priority!. Seller Inventory # S_286158871

Book Description The Women's Press Ltd, 1979. Paperback. Condition: Good. All orders are dispatched the following working day from our UK warehouse. Established in 2004, we have over 500,000 books in stock. No quibble refund if not completely satisfied. Seller Inventory # mon0004830092

Book Description The Women's Press, 1979. Condition: Good. A+ Customer service! Satisfaction Guaranteed! Book is in Used-Good condition. Pages and cover are clean and intact. Used items may not include supplementary materials such as CDs or access codes. May show signs of minor shelf wear and contain limited notes and highlighting. Seller Inventory # 0704338408-2-4

Book Description Paperback. Condition: Very Good. The book has been read, but is in excellent condition. Pages are intact and not marred by notes or highlighting. The spine remains undamaged. Seller Inventory # GOR002126841

Book Description Paperback. Condition: Good. The book has been read but remains in clean condition. All pages are intact and the cover is intact. Some minor wear to the spine. Seller Inventory # GOR005852028