Items related to The Death of Napoleon

Leys, Simon The Death of Napoleon

The Death of Napoleon 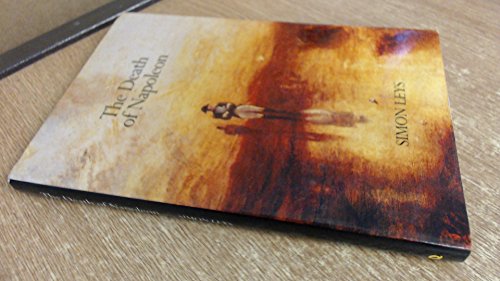 No The Death of Napoleon Read a customer review or write one .

"What a pleasure to read a real writer...The Death of Napoleon is utterly satisfying sentence by sentence and scene by scene, but it is also compulsively readable...By giving us a Napoleon who cannot find how to retrieve [his public] face, Simon Leys throws light on our universal need to bring inner and outer reality together, to understand who we really are. --Gabriel Josipovici, The Times Literary Supplement

"I am glad to report that Simon Leys's The Death of Napoleon has one hell of an idea--the absurdity of trying to retrieve time or glory--and is written with the grace of a poem." --Edna O'Brien, The Sunday Times

"Alternative history...is enjoyable and at the same time, like all daydreaming, brings a sensation of guilt. But The Death of Napoleon is also a fable, and Simon Leys is an expert fabulist." --Penelope Fitzgerald, The New York Times Book Review "Entertaining and clever, this is a sweetening reminder of the ephemerality of great achievements--and by implication those of the not so great." --Booklist "An elegant and engaging piece of alternative history, gently tragic and wryly comic." --D. J. Enright, The Times Literary Supplement "A small masterpiece. So much spirit, so much insolence, and so much emotion joined in so few pages overwhelmingly earn the reader's enthusiasm and praise. One closes the book regretfully, sincerely hoping that Simon Leys will not stop there." --Corinne Desportes, Le Magazine Littéraire "Powerful, touching--and delightful, too--this invention of a post-Waterloo career led by Bonaparte--not on St. Helena." --Francis Steegmuller "[Simon Leys's] beautiful, small novel...[by] an elegant stylist who brought to all of his subjects both lightness of wit and philosophical depth, and The Death of Napoleon is a case in point. Beyond the delightful invention and whimsy, this comic tale of Napoleon's imaginary yet all-too-human tribulations poses serious questions about the relationship of truth, history and imagination....The truth of Napoleon, Leys's novel proposes, is that he was a man, subject to laws of chance, indifference and mortality, one among many participants in the human comedy." --Martin Riker, The Wall Street Journal About the Author:

Simon Leys (1935-2014) was the pen name of Pierre Ryckmans, who was born in Belgium and settled in Australia in 1970. He taught Chinese literature at the Australian Na-tional University and was Professor of Chinese Studies at the University of Sydney from 1987 to 1993. Leys was a contributor to such publications as The New York Review of Books, Le Monde, and Le Figaro Littéraire, writing on literature and contemporary China. Among his books are Chinese Shadows, Other People's Thoughts, and The Wreck of the Batavia & Prosper. In addition to The Death of Napoleon NYRB publishes The Hall of Uselessness, a collection of essays, and On the Abolition of All Political Parties, an essay by Simone Weil that Leys translated and edited. His many awards include the Prix Renaudot, the Prix Femina, the Prix Guizot, and the Christina Stead Prize for Fiction.

Patricia Clancy has received several translation prizes, including the British Independent Prize for Foreign Fiction for her co-translation of The Death of Napoleon and the Scott Moncrieff Prize for her 1999 translation of The Black Room at Longwood: Napoleon's Exile on Saint Helena by Jean-Paul Kauffmann.

1. The Death of Napoleon

Book Description Quartet Books Ltd, 1991. Hardback. Condition: Very Good. The book has been read, but is in excellent condition. Pages are intact and not marred by notes or highlighting. The spine remains undamaged. Seller Inventory # GOR004529971

2. The Death of Napoleon

Book Description Quartet Books Ltd, 1991. Hardback. Condition: Good. The book has been read but remains in clean condition. All pages are intact and the cover is intact. Some minor wear to the spine. Seller Inventory # GOR002166787

3. The Death of Napoleon

Book Description Quartet Books, 1991. Hardcover. Condition: Used; Good. stains on the side **SHIPPED FROM UK** We believe you will be completely satisfied with our quick and reliable service. All orders are dispatched as swiftly as possible! Buy with confidence!. Seller Inventory # 3829508

4. The Death of Napoleon

Book Description Quartet Books, 1991. Hardcover. Condition: Very Good. WE ARE PROCESSING ORDERS AS NORMAL DURING THIS VIRUS EPIDEMIC, ALL ITEMS ARE SENT BY ROYAL MAIL. DISPATCHED FROM THE UK WITHIN 24 HOURS ( BOOKS ORDERED OVER THE WEEKEND DISPATCHED ON MONDAY) BY ROYAL MAIL. ALL OVERSEAS ORDERS SENT BY AIR MAIL. WE ALSO ACCEPT PAYMENT IN US DOLLARS OR EURO BY BANK TRANSFER. Seller Inventory # mon0000756020

5. THE DEATH OF NAPOLEON.

6. The Death of Napoleon