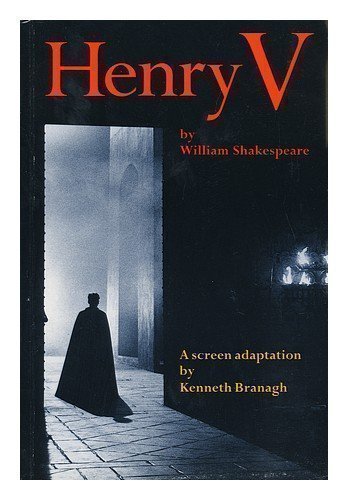 Henry V is an illustrated record of Kenneth Branagh's adaptation for the screen of Shakespeare's Henry V. This film is a significant venture for British cinema: a large-scale, large-budget film of a Shakespeare play with an all-British cast (is also made entirely with British money). The cast includes Kenneth Branagh (as Henry), Robbie Coltrane (as Falstaff), John Sessions, Judi Dench, Paul Scofield, Richard Briers, Emma Thompson, Ian Holm, Geraldine Mewan, Alec McCowen et al. This book includes the full text of Branagh's adaptation of the play.

."..when he is analyzing Shakespeare's use of sources and the language and actions of the characters, Gurr is careful, objective, balanced, and often incisive....excellent critical examinations...." William B. Long, TEXT: Transactions of the Society for Textual Scholarship

John Dover Wilson's New Shakespeare, published between 1921 and 1966, became the classic Cambridge edition of Shakespeare's plays and poems until the 1980s. The series, long since out-of-print, is now reissued. Each work contains a lengthy and lively introduction, main text, and substantial notes and glossary.