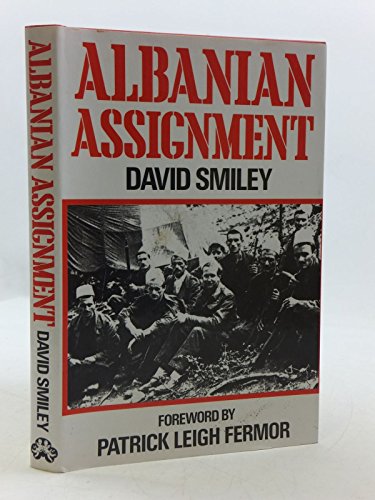 Early in 1943, David Smiley volunteered to join the Special Operations Executive (SOE) for service in the Balkans: Smiley and his small group of colleagues were to help the Albanian resistance fighters to drive out their German and Italian occupiers. Together with Billy Mclean, Smiley was twice parachuted into the mountains of Northern Greece and Albania. Their first assignment was with the Communist partisans, their second with the royalists and right-wing nationalists; their companions included Julian Amery, Peter Kemp and Alan Hare. Living off their wits in sparse, inhospitable country, they were to take part in a savage guerilla war in which no prisoners were taken; and, as the enemy withdrew, they found themselves caught up in a vicious civil war between the Communist partisans led by Enver Hoxha (who took a dim view of Smiley's enthusiasm for dynamiting bridges) and the supporters of King Zog and other anti-communist groups. Smiley's own sympathies remained firmly with the latter, yet once the British had decided to give their full support to Hoxha's partisans, his own colleagues did more to turn Albania communist than Stalin or Tito. Exciting, vivid and at times extremely funny, David Smiley's account of his Albanian adventures is a compelling story of adventure and an invaluable contribution to the history of World War II.

Book Description Chatto & Windus, 1985. Condition: Good. A+ Customer service! Satisfaction Guaranteed! Book is in Used-Good condition. Pages and cover are clean and intact. Used items may not include supplementary materials such as CDs or access codes. May show signs of minor shelf wear and contain limited notes and highlighting. Seller Inventory # 0701128690-2-4