The Transformation of Theology, 1830-1890: Positivism and Protestant Thought in Britain and America (Princeton Legacy Library) 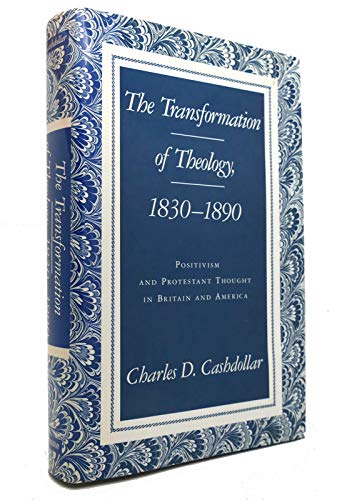 Charles Cashdollar reinterprets nineteenth-century British and American Protestant thought by identifying positivism as the central intellectual issue of the era. Positivism meant, at first, the ideas of the French thinker Auguste Comte; later in the century, the term indicated a more general opposition to supernatural religion. Cashdollar shows that contemporary thinkers recognized positivism, at each of these stages, as the most fundamental of the proliferating challenges to religious belief. He further reveals how the encounter with positivism altered Protestant orthodoxy--in both subtle and radical ways.

Positivists denied that humans could know anything other than physical phenomena. Declaring many orthodox beliefs archaic, they proposed a new, ethically based vision of service to humanity. After portraying the dissemination of these positions among British and American Protestants, the author explains how each of several groups reacted. A few theologians rejected positivism outright, but many more responded by recasting their own beliefs. The implications of this story of change extend to such topics as Darwinism, Biblical criticism, the rise of the social sciences, theological liberalism and the Social Gospel, the beginnings of fundamentalism, and the twentieth-century debate about "creationism" and science.

Charles D. Cashdollar is a Professor of History at Indiana University of Pennsylvania. His previous book, The Transformation of Theology, 1830-1890: Positivism and Protestant Thought in Britain and America, was published by Princeton University Press in 1989. His articles have been published in Church History, Harvard Theological Review, Journal of Presbyterian History, Journal of the History of Ideas, and Pennsylvania Magazine of History and Biography.

3. The Transformation of Theology, 1830-1890: Positivism and Protestant Thought in Britain and America