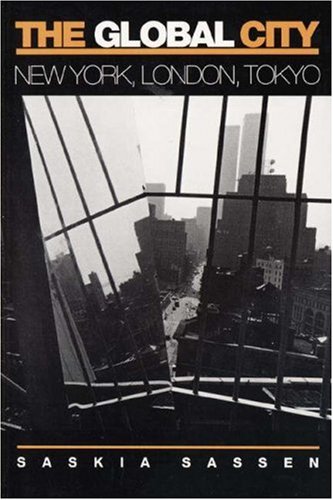 Massive and parallel changes have occurred in New York City since the late 1970s and in London and Tokyo since the early 1980s. What transformed these urban centers, with their diverse histories, into "global cities" that share comparable economic and social structures? Saskia Sassen argues that their remarkable similarity arises from their position as command posts in international finance and advanced services for business.

"This is a very significant book indeed. It is as important as Castells's The Informational City."--Peter Hall, International Journal of Urban and Regional Research

"[A] high-powered and at times horrific book. [Sassen] shows how dangerously city life has been affected by the influx of employees of the multinational firms which move into major cities, and virtually colonise them, driving even greater wedges between the rich and poor, the compulsive spending classes and low-paid part time labour attendant on their whims."--The Observer

"This is brilliant stuff, both in its broadness of sociological scope and its voluminous collection of data from a vast number of sources in the three cities."--Scott Lash, The Times Higher Education Supplement

The author explores the parallel changes that have occurred in New York City since the late 1970s and in both London and Tokyo since the 1980s, in terms of transforming these urban centres into global cities that share comparable economic and social structures.