Items related to Ah, but Your Land is Beautiful (Scribner Library of...

Paton, Alan Ah, but Your Land is Beautiful (Scribner Library of Contemporary Classics)

Ah, but Your Land is Beautiful (Scribner Library of Contemporary Classics) 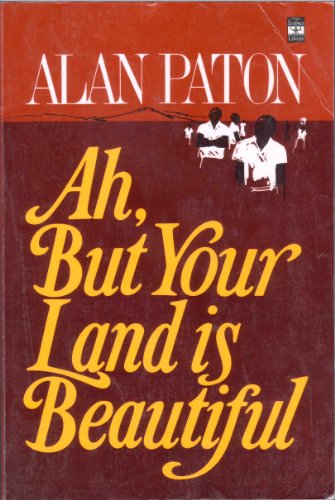 Dramatizes the public and private lives of contemporary South Africa, tracing the multifarious reactions of the human spirit to life in a racially divided society and perceptively sketching heroes, victims, and the self-absorbed ordinary citizen

"Vivid and telling... Alan Paton may have come closer to conveying the essence of South African history than anyone else" (Washington Post Book World)

Alan Paton’s powerful novel is set in the 1950s, time of the Passive Resistance campaign, the Sophiatown removals, the emergence of the South African Liberal Party and the early stages of the Nationalist government in power. In a series of vivid and compelling episodes Paton examines what happens between people when such political events overtake their lives.

1. Ah, But Your Land Is Beautiful Paton, Alan