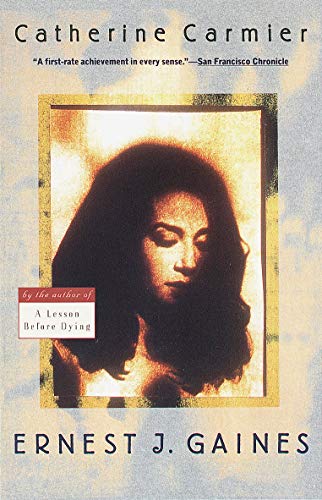 Catherine, a young Louisiana Black woman, is caught up in the racial tensions between white, Black, and Cajun in the rural plantation area

Ernest Gaines was born on a plantation in Pointe Coupee Parish near New Roads, Louisiana, which is the Bayonne of all his fictional works. He is a writer-in-residence emeritus at the University of Louisiana at Lafayette. Gaines received a MacArthur Fellowship in 1993 for his lifetime achievements; was named a Chevalier de l&;Ordre des Arts et des Lettres, one of France&;s highest decorations, in 1996; and was nominated for the Nobel Prize in Literature in 2004. He and his wife, Dianne, live in Oscar, Louisiana.

r of A Lesson Before Dying and The Autobiography of Miss Jane Pittman, Catherine Carmier is a compelling love story set in a deceptively bucolic Louisiana countryside, where blacks, Cajuns, and whites maintain an uneasy coexistence.

After living in San Francisco for ten years, Jackson returns home to his benefactor, Aunt Charlotte. Surrounded by family and old friends, he discovers that his bonds to them have been irreparably rent by his absence. In the midst of his alienation from those around him, he falls in love with Catherine Carmier, setting the stage for conflicts and confrontations which are complex, tortuous, and universal in their implications.