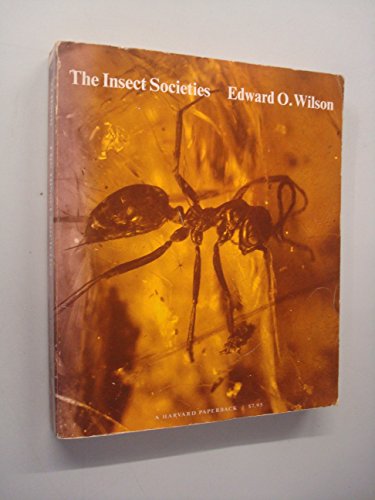 Conducts a definitive study of the social structure and symbiotic relationships of termites, social wasps, bees, and ants.

If only because of the rarity of the event and the stature of the author..."The Insect Societies" must be considered a work of major importance. It is certain to influence the focus of research as well as the content of public information on the social insects for years to come...For anyone, layman or specialists, interested in a single, concise, lucid, and authoritative account of the most significant facts and theories about insect societies, "The Insect Societies" is the best available and will be for many years. -- Mary Jane West Eberhard "Natural History"

Edward O. Wilson is Pellegrino University Professor, Emeritus, at Harvard University. In addition to two Pulitzer Prizes (one of which he shares with Bert Holldobler), Wilson has won many scientific awards, including the National Medal of Science and the Crafoord Prize of the Royal Swedish Academy of Sciences.