Items related to Architecture and Politics in Germany, 1918-45

Architecture and Politics in Germany, 1918-45 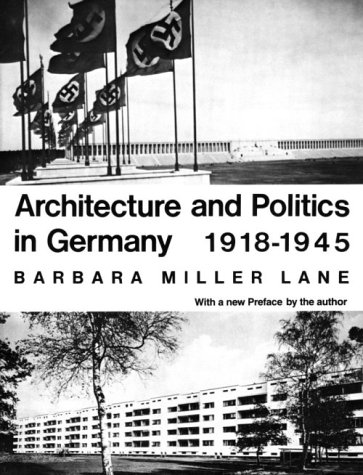 In the spring of 1933, the Nazi government began its campaign to eliminate modern tendencies in German art--with particular emphasis on architecture--and to eradicate what it chose to call art bolshevism. The Bauhaus, by then an internationally famous center of avant garde design, was shut down. In a close analysis of intellectual, political, social, and economic developments, Lane shows that Nazi views on architecture were generated by a complex of historical factors. Far from being cohesive, Nazi cultural policy was largely the product of the conflicting ideas about art held by the Nazi leaders and their efforts to advance these ideas during internal power struggles.

[This] is the kind of work on which the study of political and culture will thrive. It is thoroughly researched, beautifully illustrated, and a paradigm of objectivity.