Items related to Champollion The Egyptian 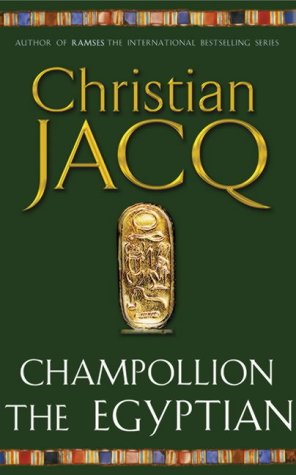 Born in the small French town of Figeac in 1790, Jean-Francois Champollion was to become famous as the man who first discovered the meaning of hieroglyphs. This remarkable novel tells the story of his extraordinary trip to Egypt in 1828 on a quest to prove the truth of his groundbreaking theories and to save the treasures of the pharaohs from destruction. Egypt in the early 19th centure was a land of legends and miracles - and a land full of danger. Heading a team of reaserchers as he travelled from site to site, from Alexandria to Abu Simbel, the man they called 'the Egyptian' faced formidable enemies determined to prevent him from succeeding in his mission. With a historian's eye for detail and a potent imagination, Christian Jacq tells the incredible true story of this man of action and dedicated scholar, the father of modern Egyptology.

Born in Paris in 1947, Christian Jacq is one of the world's leading Egyptologists. He is the author of many novels on Ancient Egypt, including the bestselling RAMSES series and THE MYSTERIES OF OSIRIS series. His novels have sold more than 27 million copies worldwide and have been translated into 30 languages. Christian Jacq lives in Switzerland.