Items related to Bemelmans: The Life And Art of Madeline's Creator

Bemelmans: The Life And Art of Madeline's Creator 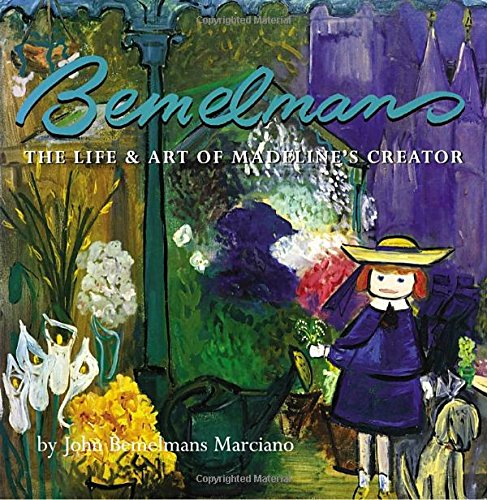 This elegantly designed and lavishly illustrated book showcases Bemelmans art and writing and illuminates the relationship between the man and his work. Bemelmans fascinating life story is told through letters, photographs, illustrations, paintings, sketches, and excerpts from both his published writings and his private journals, selected by his grandson, John Bemelmans Marciano. Although Ludwig Bemelmans is best known for his Madeline books, his creative life ex-tended far beyond the old house in Paris. He was a novelist and a non-fiction writer, as well as a regular contributor to "The New Yorker, Vogue, Holiday, "and "Town and Country. "He painted murals at the Carlyle Hotel, in the bar that bears his name, and planned to collaborate on a book with First Lady Jacqueline Kennedy. Late in his life, Bemelmans decided to pursue his lifelong desire to paint with oils, and the stunning results are showcased here. Throughout his life he was a celebrated bon vivant who experienced a rich variety of places, personalities, and professions. Little wonder that" Print Magazine" found his biography richly colored with a sense of Bemelmans s joie de vivre ."

Like a banquet at the old Ritz-Carlton, this book is irresistible. "The New York Times Book Review" This is a sublime account of an artist s life, an adult book about the painter whose greatest work was for children .one of the loveliest [books] published this year. Louisville "Courier-Journal" Marciano s book, richly colored with a sense of Bemelmans s joie de vivre, is fun to read. A multi-faceted treasure. "Print Magazine""

John Bemelmans Marciano feels that the writing and research for this book gave him an opportunity to get to know the grandfather he never met. Although he has always felt his grandfather s presence through stories told by his mother and grandmother, books read to him as a child, and the artwork that filled his house this project helped him to fit the pieces together. John has continued his grandfather s legacy with four new books about Madeline: "Madeline Says Merci, Madeline and the Cats of Rome, Madeline at the White House, "and "Madeline and the Old House in Paris. "He is also the author of two books for adults: "Anonyponymous" and the upcoming "What Ever Happened to the Metric System." John grew up on a horse farm in New Jersey and attended Columbia University in New York. He currently lives in Brooklyn with his wife and daughter."

1. Bemelmans : The Life and Art of Madeline&#39;s Creator

2. Bemelmans: The Life and Art of Madeline's Creator

3. Bemelmans: The Life and Art of Madeline's Creator

7. Bemelmans: The Life and Art of Madeline's Creator