Items related to The Spell 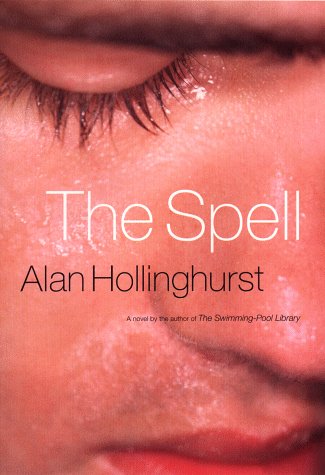 A witty study of contemporary gay life and the complex affairs of the human heart follows the interlocking passions of four different men as each falls under the spell of love or drugs, country living or urban allure. By the author of The Swimming-Pool Library. 12,000 first printing. Tour.

The Spell has found Alan Hollinghurst on the Guardian's Fiction Prize shortlist, and with good reason. His first two novels were mischievous, escapist things, toying with the delights of colonial buggery (The Swimming Pool Library) and underage Belgian boys (The Folding Star). In The Spell he's come of age, finally engaging with the issues of relationships, monogamy and aging that preoccupy the work of his peers.

Alex is an uptight 36-year-old Foreign Office man who suddenly falls for Danny, the 22- year-old son of his ex-lover's new lover (are you following this?) The infatuation with Danny is as much an infatuation with the ecstasy-fuelled nightlife to which Danny introduces him, and it's hardly a surprise when the relationship fizzles. But Alex is forced into confronting his desires and the novel ends leaving him unsure but at least taking stock and looking forward. The story veers wildly between an intoxicating London and a windswept, traditional Wessex, as if Hollinghurst can't yet reconcile true rural Englishness with the possibilities afforded by cosmopolitan queer London. But there's an honesty here that's welcome after the (admittedly arousing) archness of his earlier work, and a real sense of facing up to life's bigger questions. --Alan Stewart, Amazon

"A masterpiece of sustained literary titillation" (The Times)

"Love, lust and loss among a group of middle-class gay Englishmen... Young and old, the town and the country, the wild and respectable: Holinghurst explores each of these uneasy conflicts with wit, generosity and sharply observed comedy" (Mail on Sunday)

"A bewitchingly beautiful tale... confirms his pre-eminence among the prose writers of his generation" (Daily Telegraph)

"Comic fantasy is grounded in a wealth of sharp observation and psychological insight. Hollinghurst has lost none of his authority" (Evening Standard)