Items related to Other People's Shoes: Thoughts On Acting

Other People's Shoes: Thoughts On Acting 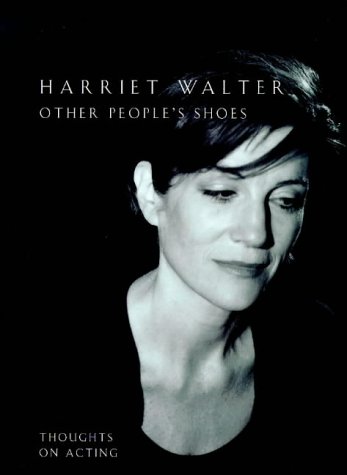 Actors are asked a lot of questions about their work. Everyone watches acting - on the television, film or stage. In OTHER PEOPLE'S SHOES Harriet Walter describes how she learned her craft and explores some of the connections between her life and work and looks at the different forms of acting required for stage, film and TV. Honest, direct and penetratingly intelligent, OTHER PEOPLE'S SHOES is both surprising and involving for any reader intrigued by acting and actors.

My advice to every young actor: read this book. --Sir Richard Eyre

Buy it, and be delightfully and unhectoringly informed about exactly what it is that actors get up to and why... Harriet Walter is sharp, clear, elegant, sturdily sensitive. --Simon Callow, Observer

A fascinating insight into the working life of an actor... very enjoyable. --Jeanette Winterson, The Times

Harriet Walter is an Associate Artist of the RSC and has worked in a variety of companies including The Almeida and Joint Stock. Her television work includes the lead roles in THE PRICE, THE MEN'S ROOM, and the current series UNFINISHED BUSINESS. She has also starred in a number of films including SENSE AND SENSIBILITY.

She lives in London, SW6.

1. Other people's shoes: Thoughts on acting