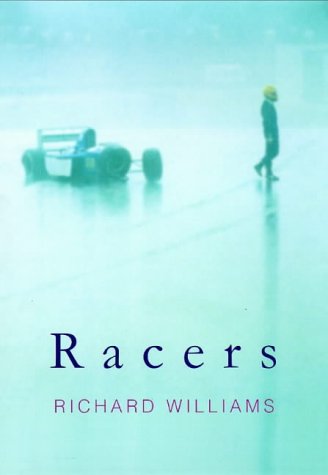 Richard Williams has travelled to every circuit, interviewed all the key drivers, including Hill, Schumacher, Villeneuve and Alessi, and witnessed all the great moments of the 1996 Formula One season. He has talked to technicians, promoters, speculators and each driver's entourage to reveal how the world of motor racing really works.

On the surface formula one is about technology - the winner is the boy with the best toy. In fact it's all about character and the conflict between men of such different temperaments. Style is complemented by other sub-plots: will Jacques Villeneuve, Hill's team mate, come out of his own father's shadow? Can David Coulthard please his image consultants at Mark McCormack? will Jean Alessi at last fulfill the promise of his raw courage and divine skill? This book examines the media of the sport and the characters within it as well as the role of commerce in sport, the role of sport in global entertainment and the role of women in such an environment.

Richard Williams writes on sport for the Guardian. He is the author of the acclaimed THE DEATH OF AYRTON SENNA. He lives in London, W4.

Buy Used
Condition: Very Good
A hardback book with both book... Learn more about this copy

Book Description Hardback. Condition: Very Good. The book has been read, but is in excellent condition. Pages are intact and not marred by notes or highlighting. The spine remains undamaged. Seller Inventory # GOR003694963

Book Description Viking, 1997. Hardcover. Condition: Good. A slight tan to page edges Good condition is defined as: a copy that has been read but remains in clean condition. All of the pages are intact and the cover is intact and the spine may show signs of wear. The book may have minor markings which are not specifically mentioned. Most items will be dispatched the same or the next working day. Seller Inventory # wbb0014389027

Book Description Viking, The Penguin Group, UK. Hardcover. Condition: As New. No Jacket. An apparently unread copy in perfect condition. Dust cover is intact; pages are clean and are not marred by notes or folds of any kind. At ThriftBooks, our motto is: Read More, Spend Less. Seller Inventory # G0670872253I2N00

Book Description Viking, 1997. Hardcover. Condition: Very Good. Very Good: a copy that has been read, but is in excellent condition. Pages are intact and not marred by notes or highlighting. The spine remains undamaged. Most items will be dispatched the same or the next working day. Seller Inventory # wbb0014606449

Book Description Viking, 1997. Hardcover. Condition: Used; Good. **Simply Brit** Shipped with Premium postal service within 24 hours from the UK with impressive delivery time. We have dispatched from our book depository; items of good condition to over ten million satisfied customers worldwide. We are committed to providing you with reliable and efficient service at all times. Seller Inventory # 1270626

Book Description Viking, 1997. Hardcover. Condition: Used; Good. **SHIPPED FROM UK** We believe you will be completely satisfied with our quick and reliable service. All orders are dispatched as swiftly as possible! Buy with confidence! Aloysius Ihezie. Seller Inventory # 1656603

Book Description Viking, 1997. Hardcover. Condition: Very Good. Racers This book is in very good condition and will be shipped within 24 hours of ordering. The cover may have some limited signs of wear but the pages are clean, intact and the spine remains undamaged. This book has clearly been well maintained and looked after thus far. Money back guarantee if you are not satisfied. See all our books here, order more than 1 book and get discounted shipping. . Seller Inventory # 7719-9780670872251