Items related to Beneath A Falling Star: 3 (The Kahana Chronicles)

Beneath A Falling Star: 3 (The Kahana Chronicles) 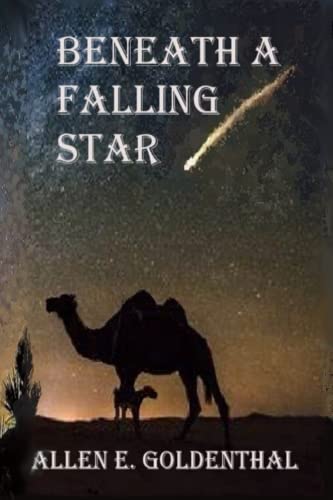 Beneath A Falling Star (Paperback)

Book Description Paperback. Condition: New. Language: English. Brand new Book. In 136 AD, while addressing the Senate of Rome, for the first time in the Empire's history, the Emperor's introduction failed to declare that either he or the army was well. In fact Hadrian said the exact opposite, announcing that both the Emperor and the Army, thereby implying the Empire, were not well. After three and a half years of fighting what would be the third and final war against the Jews, this time the Roman army was brought to the very brink of destruction. With the defeat of at least five of her legions, and calling upon his most decorated general available to lead the Roman forces, the Governor of Britannia, Gaius Julius Severus, only to see him initially fail, the Emperor had to resort to the use and almost total reliance on a traitor within the Judean ranks to finally snatch victory from the jaws of imminent defeat. Someone who was above suspicion and seen as a paragon of virtue and religious integrity by both their Messianic leader, Simon bar Kochba, and the general population. Someone that would betray his entire nation for the most basic of reasons without any hesitation and little if no remorse. That such a man would exist did not seem possible, but this was no ordinary man. Beneath a Falling Star is not a heroic war novel recounting the numerous battles and the superhuman efforts of the rebels to take on the greatest war machine the world had ever known. It is not the story of one man's meteoritic rise from being the leader of a band of desert robbers to the pinnacle of power being proclaimed as the king of nation attempting to restore its place in world history. It is not a story of how unswerving faith in God can inspire men to rally against insurmountable odds. If anything, it is a story of pettiness, selfishness and overwhelming desire that can drive even a good man to act in a way that is at first examination unbelievable, implausible and inconceivable. Only when the shocking truth is revealed during the trial, does the recognition that the deaths of over half a million men, women and children, sacrificed on the personal whim of one individual become an undeniable reality. This is not a revisionist history but a revelation of facts and statements that have been buried in the religious book known as the Talmud that tell us exactly what transpired during those three and a half long years of warfare. Facts that correct the falsifications of the history as it is currently presented because the truth would have been far more destructive than maintaining the lies. Facts that suggest that Simon bar Kochba may have truly been the messiah, but made the fatal error of putting his trust in the same man that the Emperor Hadrian had recruited as his own for the meagre price of love. Seller Inventory # APC9780648808312

Beneath A Falling Star