Items related to Theology and Literature. 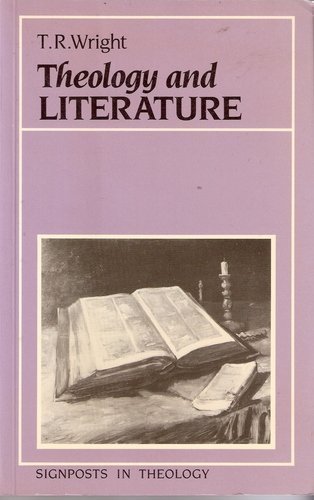 This book examines the relationship between theology and literature, providing a theoretical framework for a potential poetics of faith. It studies as systematically as possible the ways in which literary forms produce theological meaning. It begins with an attack upon literalism, the assumption that language is transparent upon reality, and upon formalism, the limitation of literary criticism to formal properties of texts without concern for their referential capacity. It continues with a chapter on the Bible in which Dr Wright illustrates the kinds of insight literary criticism can bring, focusing in particular upon Genesis and Mark. A chapter on "narrative theology" considers the central role of story within the Christian tradition, whether history, myth or fiction. Religious autobiography and the novel are studied as prime examples of the construction through literary language of a sense of the self, of God and of the world. A chapter on "metaphysical theology" analyzes the ways in which poetry stretches language beyond its normal limits to refer to God. The dynamics of metaphor, symbolism, paradox and ambiguity are all examined in a variety of texts from Tertullian to R.S. Thomas. The final chapter looks at the theological significance of drama both in the liturgy and on the stage. The liturgical drama of the Middle Ages made the two inseparable but Renaissance tragedy and modern absurdity dramatize conflicting elements within seemingly stable ideologies, disrupting and yet contributing to the theological project. The book is aimed at students of literary form and theology.

1. Theology and Literature (Signposts in Theology)

2. Theology and Literature (Signposts in Theology)