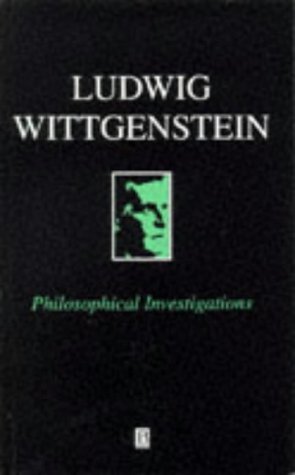 This volume presents the original English edition of Wittgenstein's Philosophical Investigations, one of the most influential philosophical works of the 20th century. The last product of intensive work by Wittgenstein during the period 1929-49, Philosophical Investigations explores the concept of meaning; of understanding; of propositions; of logic; of states of consciousness; and of many other topics. The fundamental ideas of the Tractatus are both expounded and criticized.