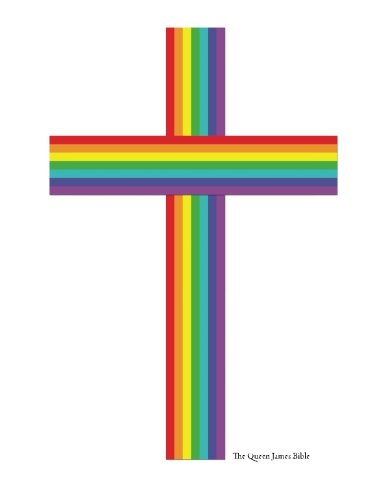 The Queen James Bible is based on The King James Bible, edited to prevent homophobic misinterpretation.

The Queen James Bible seeks to resolve interpretive ambiguity in the Bible as it pertains to homosexuality: We edited those eight verses in a way that makes homophobic interpretations impossible.

Who is Queen James?
The King James Bible is the most popular Bible of all time, and arguably the most important English language document of all time. It is the brainchild and namesake of King James I, who wanted an English language Bible that all could own and read. The KJV, as it is called, has been in print for over 400 years and has brought more people to Christ than any other Bible translation. Commonly known to biographers but often surprising to most Christians, King James I was a well-known bisexual. Though he did marry a woman, his many gay relationships were so well-known that amongst some of his friends and court, he was known as "Queen James." It is in his great debt and honor that we name The Queen James Bible so.

A Fabulous Bible
The QJB is a big, fabulous Bible. It is printed and bound in the United States on thick, high-quality paper in a beautiful, readable typeface. It is the perfect Bible for ceremony, study, sermon, gift-giving, or simply to put on display in the home or Church.

You can’t choose your sexuality, but you can choose Jesus. Now you can choose a Bible, too.
For God so loved the world, that he gave his only begotten Son, that whosoever believeth in him should not perish, but have everlasting life. John 3:16