Items related to Into the Fire

Manda Scott Into the Fire 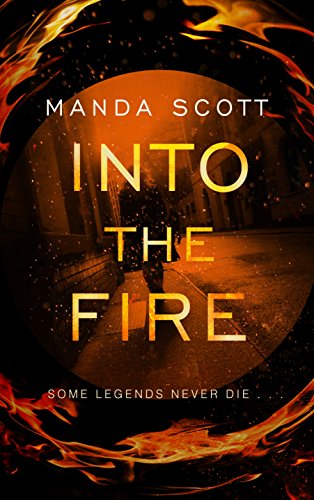 There is a secret, hidden within a body, burning within the flames, that will change it all.
A man’s charred corpse is found in the latest of a string of arson attacks in the French city of Orléans. His is the first death. An extremist group claim responsibility but their whereabouts cannot be found. Police inspector Capitaine Ines Picault and her team must track them down before more people die. Their only clue? The name of a woman who has been dead for over 500 years: Joan of Arc.
She is one of the great enigmas of history – a young woman who came from nowhere to lead the armies of France to victory against England. And who died the same fiery death as the man whose body has just been discovered.
As more fires rage in Orleans and the death toll mounts, Picault must look to the past and the secrets which lie buried there to unravel the mysteries of the present. As the clock counts down, she must challenge some fundamental truths to save those closest to her...
Into the Fire is a breath-taking collision of past and present, a brilliant race-against-time thriller combined with an immaculately woven historical narrative. In it, bestselling author Manda Scott demonstrates why she is one of the most exciting, innovative and highly accomplished storytellers of our age.

"A clever, gripping thriller ― a Da Vinci Code for those who like their prose to be elegant as well as page-turning" (Antonia Senior The Times – Best Historical Fiction of 2015)

"Magnificent...Clever, gripping, and a nifty thriller to boot" (Daily Mail)

"Into the Fire is a wonderful blend of fast and furious action, bravura storytelling, a palpable sense of place - Orléans past and present - and a whodunnit that will keep you guessing until the final pages. Fabulous." (Kate Mosse)

"Wonderful...Combines the two things I love most: thrillers and historical fiction" (Daily Express)

"Expertly blends a very plausible solution to a genuine historical mystery with a compulsive contemporary thriller. The result, as the title suggests, is intoxicatingly fiery reading" (Robert Goddard)

Book Description Paperback. Condition: Good. The book has been read but remains in clean condition. All pages are intact and the cover is intact. Some minor wear to the spine. Seller Inventory # GOR009750283