Items related to Twisting My Melon 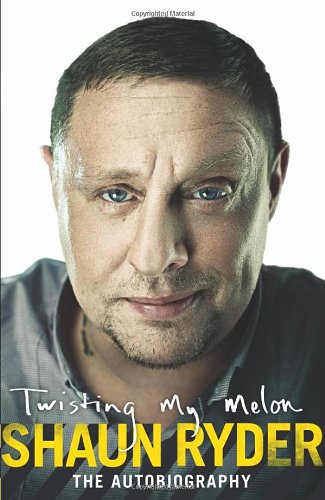 Shaun Ryder has lived a life of glorious highs and desolate lows. As lead singer of the Happy Mondays, he turned Manchester into Madchester, combining all the excesses of a true rock'n'roll star with music and lyrics that led impresario Tony Wilson to describe him as 'the greatest poet since Yeats'. The young scally who left school at fifteen without ever learning his alphabet had come a very long way indeed. Huge chart success and a Glastonbury headline slot followed, plus numerous arrests and world tours - then Shaun's drug addiction reached its height, Factory Records was brought to its knees and the Mondays split. But was this the end for Shaun Ryder? Not by a long shot. Two years later he was back with new band Black Grape, and their groundbreaking debut album topped the charts in possibly the greatest comeback of all time. Even his continuing struggle with drugs did not stem the tide of critically acclaimed tracks and collaborations as he went on to prove his musical genius time and again. And then there was the jungle...Rock'n'roll legend, reality TV star, drug-dealer, poet, film star, heroin addict, son, brother, father, husband, foul-mouthed anthropologist and straight-talking survivor, Shaun Ryder has been a cultural icon and a 24-hour party person for a quarter of a century. Told in his own words, this is his story.

"At once poignant and hilarious" (Dorian Lynskey Word Magazine)

"A seamless, authentic, exhilarating read, without a single slack paragraph. I inhaled it like WD40 round the back of Lidl" (Camilla Long Sunday Times)

The raw, undiluted autobiography of a true rock star whose music and antics inspired a generation of 24-hour party people.

Book Description Paperback. Condition: Very Good. The book has been read, but is in excellent condition. Pages are intact and not marred by notes or highlighting. The spine remains undamaged. Seller Inventory # GOR003516206

Book Description Paperback. Condition: Good. The book has been read but remains in clean condition. All pages are intact and the cover is intact. Some minor wear to the spine. Seller Inventory # GOR003874731

Book Description Paperback. Condition: Fair. A readable copy of the book which may include some defects such as highlighting and notes. Cover and pages may be creased and show discolouration. Seller Inventory # GOR003653817

Book Description Bantam Books (Transworld Publish, 2011. Paperback. Condition: Good. All orders are dispatched the following working day from our UK warehouse. Established in 2004, we have over 500,000 books in stock. No quibble refund if not completely satisfied. Seller Inventory # mon0004847065

Book Description Transworld Publishers Limited 20110915, 2011. Condition: Good. Ships from the UK. Former Library book. Shows some signs of wear, and may have some markings on the inside. Seller Inventory # GRP72597969