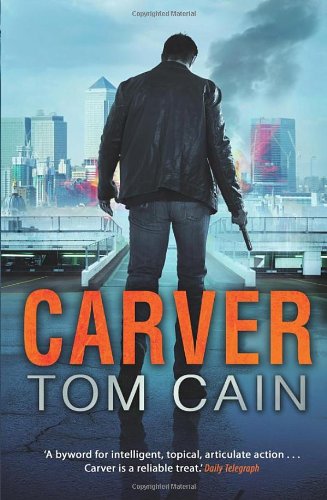 The collapse of Lehman Brothers in September 2008 sent shockwaves around the financial world. Never before had such a large and prestigious organisation been allowed to fail, and to fail so quickly. It began a domino effect, hitting banks and economies around the world. Theories abound as to the cause of the collapse - the sub-prime bubble, bad management, even good old fashioned greed.

But what if it was none of the above. What if Lehman Brothers had been brought to its knees by the deliberate and wilful act of one man bent on a course of financial terrorism? Moreover, what if it was only a dry run for a bigger and even bolder attack on the financial capital of the world, the City of London?

Samuel Carver is about to find himself on the biggest mission of his life.

Tom Cain is the pseudonym for an award-winning journalist, with twenty-five years experience working for Fleet Street newspapers. He has lived in Moscow, Washington DC and Havana, Cuba. He is the author of The Accident Man,The Survivor, Assassin and Dictator.