Items related to At My Mothers Knee: and Other Low Joints

At My Mothers Knee: and Other Low Joints

At My Mothers Knee: and Other Low Joints 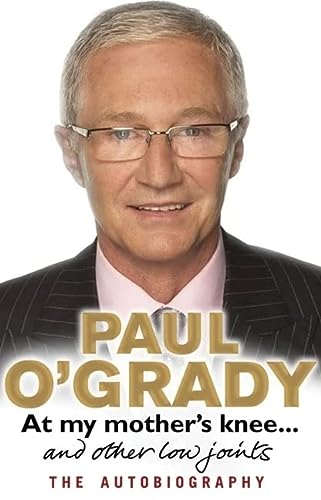 The hilarious story of one of Britain's best-loved entertainers who, by the age of 23, had been a father, husband, drag queen, gay lover, divorcee and degenerate, and went from the fringes of comedy to the heart of the entertainment establishment.

Paul O'Grady, apart from being one of Britain's best loved entertainers, is a classic example of reinvention, as At My Mother’s Knee demonstrates. The young Liverpool entertainer, an altar boy from Irish Catholic Birkenhead, becomes the acid-tongued and outrageous drag queen Lily Savage, and moves from gay pubs to national television, creating something of a British comic institution en route (O'Grady's caustic drag character was a world away from safer predecessors such as Danny La Rue). But O'Grady (like other comic performers such as John Cleese) realised that comic creations can have a limited shelf life, and reinvented himself as ‘Paul O'Grady’, coming out from behind the false breasts and towering wigs as a toned-down (but still camp), more audience-friendly TV presenter (wisely, he retained the abrasive voice and a Scouse accent that could be cut with a knife).

At My Mother's Knee and Other Low Joints is an entertaining autobiography from someone who really does have a life that is worth writing about. Gossipy, sharp and colourful, the cast of characters in Paul O'Grady's life includes rogues and rascals galore, all of whom are evoked here with great comic skill. O'Grady was variously a boxer, a civil servant, a conman and even a cat burglar - all of these failed careers are on display here, as is a surprisingly pungent picture of the Liverpool nightclub scene. When so many showbiz autobiographies these days are written by people who have a barely had a life outside of their fame, it's refreshing to encounter one by somebody whose story would be interesting even if he were not a major TV star. --Barry Forshaw