Items related to The Rowan 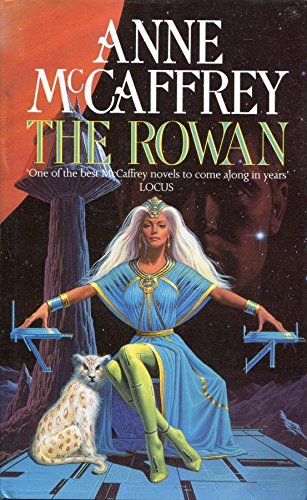 Trapped under tons of mud following a huge mud slide, a three-year-old girl screams out telepathically for help. Every resource on her planet is used in her rescue mission, for she is no ordinary girl, but a Prime, and possessor of one of the most powerful minds in the Nine Star League.

The Talents were the elite of the Nine Star League. Their gifts were many and varied, ranging from the gently telepathic, to the rare and extremely valued Primes. On the Primes rested the entire economic wealth and communications systems of the civilised worlds. But Primes were scarce - only very rarely was a new one born.

And now, on the planet Altair, in a small mining colony on the western mountain range, a new Prime existed, a three-year-old girl - trapped in a giant mud slide that had wiped out the rest of the Rowan mining community. Every Altarian who was even mildly talented could 'hear' the child crying for help, but no one knew where she was buried.

Every resource on the planet was centred into finding 'The Rowan' - the new Prime, the first ever to be born on Altair, an exceptionally unique Prime, more talented, more powerful, more agoraphobic, more lonely, than any other Prime yet known in the Nine Star league.

THE ROWAN - A NEW CONCEPT, A NEW LEGEND, FROM THE CREATOR OF THE DRAGONS OF PERN.