Items related to The House on the Borderland

Hodgson, W. H. The House on the Borderland

The House on the Borderland 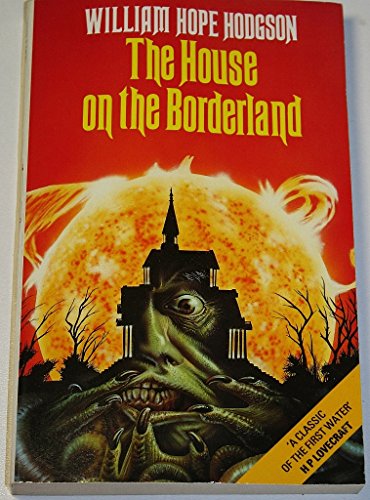 William Hope Hodgson was an English author. He produced a large body of work, consisting of essays, short fiction, and novels, spanning several overlapping genres including horror, fantastic fiction, and science fiction. Early in his writing career he dedicated effort to poetry, although few of his poems were published during his lifetime. He also attracted some notice as a photographer and achieved some renown as a bodybuilder. Hodgson served with the British Army durng World War One. He died, at age 40, at Ypres, killed by German artillery fire.

The story of an adventure in time and space that spans all of creation. A building, constructed across an invisible chasm of space-time, fated to witness the very end of the world, is waiting with open doors for anyone who dares to enter it.

Buy Used
Condition: Very Good
The House on the Borderland This... Learn more about this copy

1. The House on the Borderland

Book Description Grafton, 1990. Paperback. Condition: Very Good. The House on the Borderland This book is in very good condition and will be shipped within 24 hours of ordering. The cover may have some limited signs of wear but the pages are clean, intact and the spine remains undamaged. This book has clearly been well maintained and looked after thus far. Money back guarantee if you are not satisfied. See all our books here, order more than 1 book and get discounted shipping. . Seller Inventory # 7719-9780586208632

2. The House on the Borderland

3. The House on the Borderland