Items related to The Feast of Lupercal

Moore, Brian The Feast of Lupercal

The Feast of Lupercal 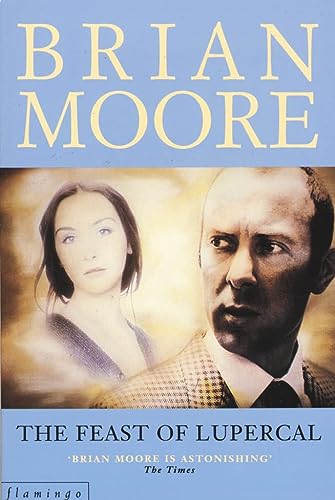 A lonely English teacher at a Catholic school in Belfast is suddenly made aware of his reputation as an old maid. Mr Devine is shocked and hurt by the unexpected revalation, but he meets Una, a Protestant girl, and their relationship leads him towards a world of excitement and potential tragedy.

Diarmuid Devine, BA, thirty-seven years old, seems set for a lifetime of bachelorhood – a lonely English master at a Catholic school in Belfast, he is shocked and hurt to hear that his colleagues and students think of him as an old maid. Then he meets Una, a girl seventeen years his junior, with a knowing look in her eyes, a Dublin lilt to her voice and a reputation very different from his own. Their relationship transports him into a world of excitement and joy, but it also makes him vulnerable to the tragic consequences of rejection and scandal...

'Brian Moore is one of the best novelists of our day, a master of tales which strike and of strokes which tell.'
SUNDAY TIMES

'Brian Moore is surely one of the most versatile and compelling novelists of today. He writes with such grace here, showing the humanity and moral dilemmas with his usual succinctness, yet giving space to exuberant descriptions.'
DAILY TELEGRAPH

'Moore is a thoroughbred. A writer who can be elegant and plain... a fine storyteller.'
MELVYN BRAGG, 'Evening Standard'

'He writes simply and economically, but with a true generosity of vision.'
OBSERVER

'Brian Moore is astonishing'
THE TIMES

Brian Moore, whom Graham Greene called his ‘favourite living novelist’, was born in Belfast in 1921. He emigrated to Canada in 1948, where he became a journalist and adopted Canadian citizenship. He spent some time in New York before settling in California.

The Feast of Lupercal