Items related to Myths to Live by (Paladin Books)

Myths to Live by (Paladin Books) 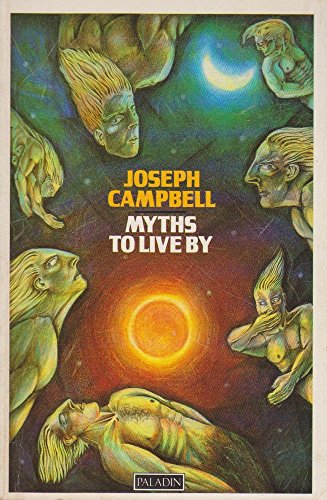 Joseph Campbell was the world s greatest authority on myth, his monumental four-volume The Masks of God is a definitive work on the subject, and in Myths to Live By he explores how these enduring myths still influence our daily lives and can provide personal meaning in our lives. Myths are a way of explaining the cosmos, the origin of life and Man s relationship with their environment; they play a cohesive role in society. Joseph Campbell analyses myth in psychoanalytic terms to reveal their essential qualities and to demonstrate how they continue to reflect human needs, providing reassurance even in today s world. Ranging from Zen koans and Indian aesthetics to walking on the moon, Joseph Campbell explores how myth and religion follow the same archetypes, which are not exclusive to any single race, religion or region. Campbell believed that all religion is a search for the same transcendent and fundamental spiritual truths. He shows how we must recognise the common denominators between differing myths and faiths and allow this knowledge to fulfil human potential everywhere.

No other academic has had such a far-reaching effect on mass culture. --The Independent

Joseph Campbell was born in New York. He is best known for his work in comparative mythology and comparative religion but he was also a populist figure who had a lasting impact on popular culture. He died in 1987.

Book Description Paladin, 1985. Condition: Good. Shows some signs of wear, and may have some markings on the inside. Seller Inventory # 14701769-6

2. Myths to Live by (Paladin Books)