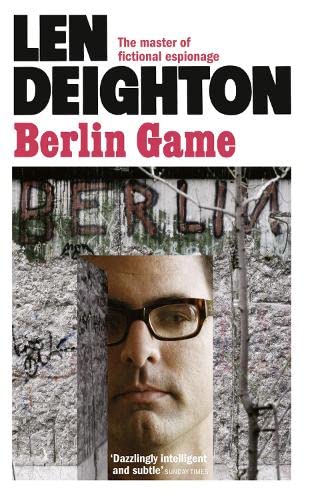 Long-awaited reissue of the first part of the classic spy trilogy, GAME, SET and MATCH, when the Berlin Wall divided not just a city but a world.

East is East and West is West - and they meet in Berlin...

He was the best source the Department ever had, but now he desperately wanted to come over the Wall. ‘Brahms Four’ was certain a high-ranking mole was set to betray him. There was only one Englishman he trusted any more: someone from the old days.

So they decided to put Bernard Samson back into the field after five sedentary years of flying a desk.

The field is Berlin.

The game is as baffling, treacherous and lethal as ever...

‘Deighton’s best novel to date - sharp, witty and sour, like Raymond Chandler adapted to British gloom and the multiple betrayals of the private spy’
Observer

‘A masterly performance, much the best thing Deighton has done since SS-GB’
Sunday Times