Items related to A Farewell to Arms

Hemingway, Ernest A Farewell to Arms

A Farewell to Arms 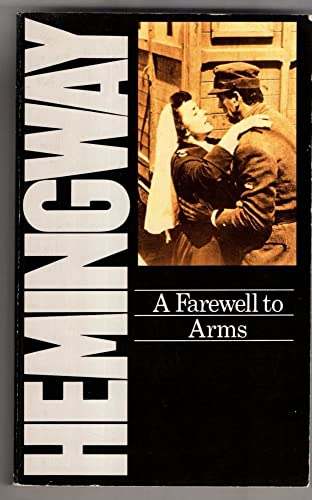 The best American novel to emerge from World War I,A Farewell to Armsis the unforgettable story of an American ambulance driver on the Italian front and his passion for a beautiful English nurse. Hemingway's frank portrayal of the love between Lieutenant Henry and Catherine Barkley, caught in the inexorable sweep of war, glows with an intensity unrivalled in modern literature, while his description of the German attack on Caporetto -- of lines of fired men marching in the rain, hungry, weary, and demoralized -- is one of the greatest moments in literary history. A story of love and pain, of loyalty and desertion,A Farewell to Arms,written when he was 30 years old, represents a new romanticism for Hemingway.

"A most beautiful, moving and human book" (Vita Sackville-West)

"Flawless... such mastery of narrative, imagery and feeling, the prerequisites for great prose" (Edna O'Brien Guardian)

"It seems such simple and straightforward language, but it isn't. The first chapter of A Farewell to Arms is only two and a bit pages but there is almost every variety of sentence structure. It is incredibly artful writing, and part of the art is disguising that it is artful." (John Harvey Guardian)

"Essential Hemingway...a gripping account of the life of an American volunteer in the Italian army and a poignant love story." (Daily Express)

An immensely powerful novel of love and war based on Ernest Hemingway's own wartime experience.

1. A Farewell to Arms

2. A Farewell to Arms

3. A Farewell to Arms

4. A Farewell to Arms

5. A Farewell to Arms

6. A Farewell to Arms

7. A Farewell to Arms

8. A Farewell to Arms

Book Description Paperback. Condition: Good. All orders are dispatched the following working day from our UK warehouse. Established in 2004, we have over 500,000 books in stock. No quibble refund if not completely satisfied. Seller Inventory # mon0002484949

9. A Farewell to Arms

Book Description Soft cover. Condition: Good. No Jacket. Some wear to the covers including some light creasing an foxing. Name inside and pages are rather tanned. Seller Inventory # 015503