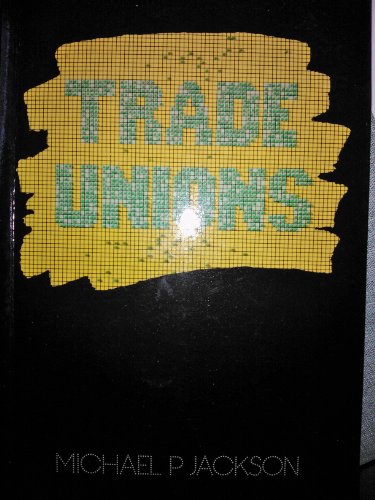 This book is an introduction to the academic study of trade unions. It starts by comparing and contrasting the trade union movements of Western Countries, and discusses their growth. It then examines the structure and organisation of trade unions, democracy within trade unions and the wider social and economic consequences of trade unionism. The book concludes by investigating the relations between unions and government and the present problems facing trade unions. The book takes British practice and developments as its starting point but widens its discussion to incorporate foreign experience. This is an important introductory text for students of industrial relations and industrial sociology, and will also be of interest to those studying economics, politics and business studies.

Designed to be the most up-to-date introduction to British trade unions for all undergraduate social science students and anyone with an interest in, or studying, trade unions, this text discusses the essential components of British trade unionism and compares them to foreign unions in order to demonstrate the growth and development of British unions in the late 20th century. Since the first edition was published in 1982 industrial relations have changed dramatically. This new edition takes full account of these changes and considers their impact on all aspects of trade unions. It is intended as an introductory text for all students in institutions of higher education on social science courses; as a main text on industrial relations courses at undergraduate level, and in adult education for courses on trade unionism.

Book Description Prentice Hall Press, 1981. Paperback. Condition: Good. All orders are dispatched the following working day from our UK warehouse. Established in 2004, we have over 500,000 books in stock. No quibble refund if not completely satisfied. Seller Inventory # mon0005037839