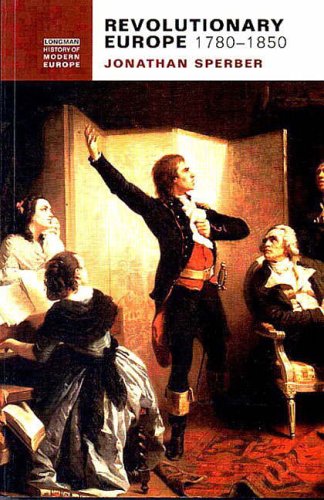 Providing a continent-wide history, this major survey covers the key political events of this turbulent period. Jonathan Sperber also looks at lives of ordinary people and considers broad social and economic developments. In particular he examines the relationships between the different revolutionary movements, showing how the French Revolution of 1789 set patterns which recurred over the following sixty years.

'Sperber’s synthesis of the revolutionary era is extremely useful for advanced students. The book’s wide coverage is framed in an overarching, modern interpretation: The old-regime society of orders was replaced by a new civil society based on property ownership.'

'This splendid survey of a transformative period in European history is destined to serve as the introductory text of choice for a new generation of students. Jonathan Sperber writes with feeling, bringing his considerable expertise to bear in an insightful, comparative and balanced assessment of the sweeping changes that characterised the revolutionary era.'

Cover the major political events of this turbulent period and examines the lives or ordinary people and considers broad social and economic developments. Covers four major themes: the economic responses to the rapid rise in population; the transformation of the old regime to a civil society of property owners; the increase in power of the state and the often violent and dramatic struggles for political participation in an age of social crisis and cultural change. Also available in Hardcover 0-582-29447-9 $79.95.