Items related to Black Boy: A Record of Childhood and Youth (Longman... 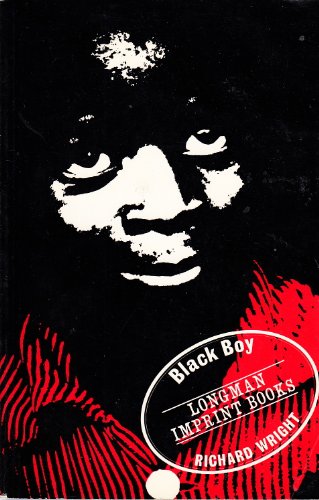 Black Boy: A Record of Youth and Childhood (Imprint Books)

"Before he was 40, Wright dominated literary America, publishing four books in seven years, each a triumph in its genre. His first novel, Native Son (1940), sold at the rate of 2,000 copies a day, making Wright the first best-selling black writer in the country's history. Black Boy (1945), his memoir of his Southern childhood, was a bigger success, selling more than a half-million copies" (New York Times)

"An angry chronicle of a bright black rebel growing up in the Jim Crow southlands: a landmark in the literature of Black America" (The Times)

Richard Wright's memoir of his childhood as a young black boy in the American south of the 1920s and 30s sold more than half a million copies on first publication and is considered a classic of the genre.

1. Black Boy: A Record of Childhood And Youth

2. Black Boy: A Record of Childhood And Youth

4. Black Boy: A Record of Youth and Childhood (Imprint Books)

5. Black boy: a record of youth and childhood

6. Black Boy : A Record of Childhood and Youth

Book Description Longman Publishing Group, 1988. Soft cover. Condition: Good. No Jacket. Book Description: Longman Publishing Group, London, Great Britain, 1988, seventeenth impression. Soft Cover. Book Condition: Good with a PON to front, else Very Good. 254pp, 300g, 12mo - over 6ľ - 7ľ" tall. Black and white photographs. Richard Wright's devastating autobiography of his childhood and youth in the Jim Crow South His training by his elders was strict and harsh to prepare him for the white world which would be cruel. Their resentment of those trying to escape the common misery made his future seem hopeless. It was necessary to grow up restrained and submissive in southern white society and to endure torment and abuse. Wright tells of his mental and emotional struggle to educate himself, which gave him a glimpse of life's possibilities and which led him to his triumphant decision to leave the South behind while still a teenager to live in Chicago and fulfill himself by becoming a writer. Postage may be reduced. Bookseller Inventory # 2613186ACN. Seller Inventory # 003186

8. Black Boy: A Record of Youth and Childhood (Imprint Books)