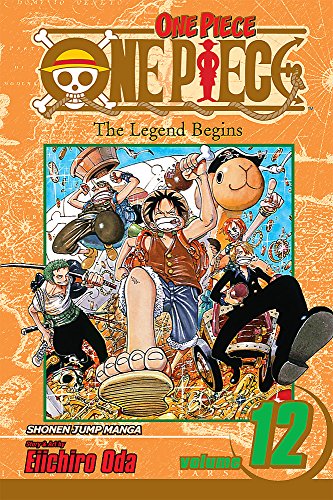 Luffy narrowly escapes being executed by his old nemeses Lady Alvida and Buggy the Clown, but now he has the Navy hot on his trail. Leading the hunt is the relentless Captain Smoker, a man who has never let a pirate escape from his jurisdiction!

As a child, Eiichiro Oda was inspired by pirates and aspired to become a manga artist. At the age of 17, he submitted his work "Wanted" and it won several awards. At the age of 19, he worked as an assistant to Nobuhiro Watsuki on the manga Rurouni Kenshin. During this time, he drew Romance Dawn, the first chapter of One Piece. In 1997, One Piece appeared for the first time in the magazine Shonen Jump and promptly became one the most popular manga in Japan.

Book Description Gollancz, 2007. Paperback. Condition: Used; Good. **SHIPPED FROM UK** We believe you will be completely satisfied with our quick and reliable service. All orders are dispatched as swiftly as possible! Buy with confidence! Aloysius Ihezie. Seller Inventory # 3850531