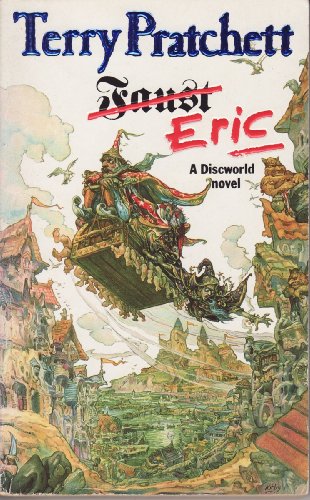 Another episode in the comic Discworld saga in which the Unseen University is in turmoil, haunted by an invisible monster. The author has written ten novels, including the Discworld series and "The Carpet People", "Truckers" and "Good Omens".

"'Like Jonathan Swift, Pratchett uses his other world to hold up a distorting mirror to our own, and like Swift he is a satirist of enormous talent ... incredibly funny ... compulsively readable'" (The Times)

"'The great Terry Pratchett, whose wit is metaphysical, who creates an energetic and lively secondary world, who has a multifarious genius for strong parody ... who deals with death with startling originality. Who writes amazing sentences'" (A.S. Byatt New York Times)