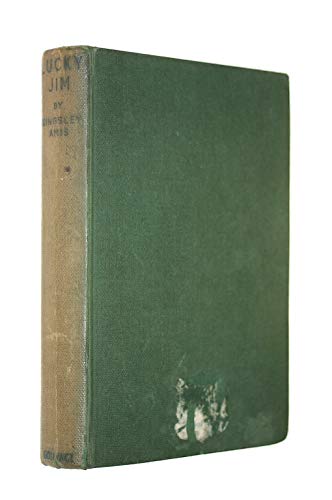 Jim has fallen into a job at one of the new red brick universities. A moderately successful future beckons as long as Jim can survive a madrigal-singing weekend, deliver a lecture on "merrie England" and resist Christine, the girlfriend of Professor Welch's son, Bertrand.

It has always made me laugh out loud . . . a flawless comic novel' (Helen Dunmore The Times)

The 1950s was the decade of post-war glamour, Barbie dolls, Pop Art and the Cold War. Britain celebrated the coronation of Elizabeth II and welcomed the Angry Young Men. The teenager was invented, rayguns were the toy of the moment, and Marilyn Monroe and Elvis Presley changed the face of modern culture forever.

The publication of Kingsley Amis's Lucky Jim in 1954 was a landmark moment in British post-War fiction, with its anti-hero Jim Dixon and its hilarious satire on the British educational establishment. Jim is bored by his job as a medieval history lecturer. His days are only improved by pulling faces behind the backs of his superiors as he tries desperately to survive provincial bourgeois society, an unbearable 'girlfriend' and petty humiliation at the hands of Professor Welch.

With a new introduction by David Nicholls

Book Description Paperback. Condition: Fair. A readable copy of the book which may include some defects such as highlighting and notes. Cover and pages may be creased and show discolouration. Seller Inventory # GOR002074020