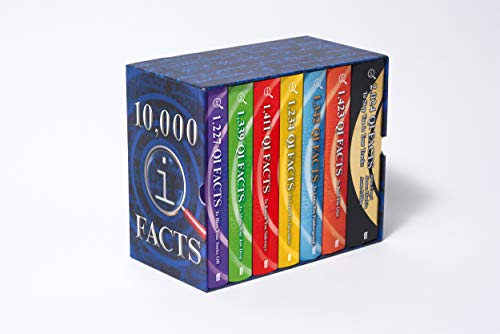 Together they form one of the largest collections of interesting one-line facts in the history of the human race. Get stuck in and you too can appear to be a genius in just three months, for less than the price of a taxi ride from Piccadilly Circus to Heathrow airport.

I love these books - these are like factoids on steroids ... Best book ever. Brilliant. Source: Chris Evans

Fascinating ... The answers to the questions you never even thought to ask. Source: Daily Mail

Packed with amazing facts . . . How much do you know? Source: Daily Express

Everything is interesting if looked at in the right way. Laugh yourself clever with this astonishing box set collection of seven jaw-dropping, mind-boggling, rib-tickling QI fact books.