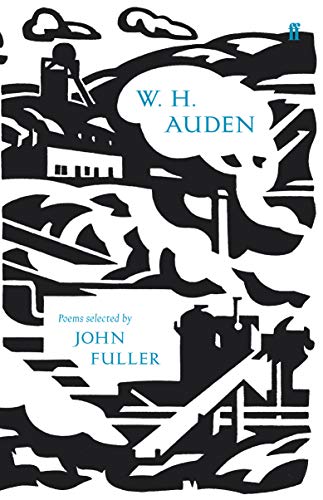 W. H. Auden (1907-73) came to prominence in the 1930s among a generation of outspoken poets that included his friends Louis MacNeice, Stephen Spender and C. Day Lewis. But he was also an intimate and lyrical poet of great originality, and a master craftsman of some of the most cherished and influential poems of the past century.

Other volumes in this series: Betjemen, Eliot, Plath, Hughes and Yeats.

W. H. Auden was born in York in 1907 and brought up in Birmingham. His first book, Poems, was published by T. S. Eliot at Faber in 1930. He went to Spain during the civil war, to Iceland (with Louis MacNeice) and later travelled to China. In 1939 he and Christopher Isherwood left for America, where Auden spent the next fifteen years lecturing, reviewing, writing poetry and opera librettos, and editing anthologies. He became an American citizen in 1946, and was awarded the Pulitzer Prize in 1948. In 1956 he was elected Professor of Poetry at Oxford, and a year later went to live in Kirchstetten in Austria, after spending several summers on Ischia. He died in Vienna in 1973.

James Fenton was born in Lincoln in 1949 and educated at Magdalen College, Oxford, where he won the Newdigate Prize for poetry. He has worked as political journalist, drama critic, book reviewer, war correspondent, foreign correspondent and columnist. He is a Fellow of the Royal Society of Literature and was Oxford Professor of Poetry for the period 1994-99. His poetry collections include Children in Exile and Out of Danger, for which he was awarded the Whitbread Prize. He wrote libretti for Haroun and the Sea of Stories (New York City Opera) and Tsunami Song Cycle (BBC Symphony Orchestra), and his theatre includes Pictures from an Exhibition (Young Vic), and Tamar's Revenge and The Orphan of Zhao (both for the Royal Shakespeare Company). In 2007 James Fenton was awarded the Queen's Gold Medal for Poetry. He is editor of The New Faber Book of Love Poems. Yellow Tulips: Poems 1968-2011 was published by Faber & Faber in 2012.

John Fuller was educated at New College, Oxford, and was formerly a Fellow and Tutor in English at Magdalen College. An award-winning novelist, he has also published sixteen poetry collections, the most recent of which is The Space of Joy (2006). His Collected Poems appeared in 1996. John Fuller lives in Oxford and is a Fellow of the Royal Society of Literature.