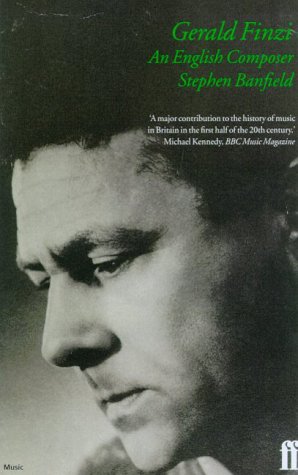 This is the first musical biography of one of Britain s best-loved composers. Gerald Finzi's music is rooted in the tradition of Elgar, Parry, Vaughan Williams and those composers in the opening decades of this century for whom song writing was a principal means of expression. While retaining a general picture of the modest, quintessentially English composer, Stephen Banfield's stylish, witty and acute biography reveals Finzi as a more complex and engaged figure than he is often given credit for. Finzi's ambiguous relationship with his craft, his affluent and intellectually stimulating family background, his Jewishness, lends a mysterious and troubled quality to his life and work.

In almost everything he undertook, be it cultivating apple trees, collecting books, reading Hardy and setting him to music, editing Gurney's songs and poems, or performing 18th-century English music with his amateur string orchestra, Finzi responded to the idea of the mute inglorious Milton and the possibility of its transcendence.

Stephen Banfield is currently Stanley Hugh Badock Professor of Music at the University of Bristol. From 1992 to 2003 he was Elgar Professor of Music at the University of Birmingham. His highly acclaimed biography of Gerald Finzi was published by Faber in 1997, and he is also the author of Sensibility and English Song, Sondheim's Broadway Musicals and editor of the twentieth-century volume of The Blackwell History of Music in Britain

This is a biography of a composer whose music is rooted in the tradition of Elgar, Parry, Vaughan Williams and those composers in the opening decades of the 20th century for whom song writing was a principal means of expression. Finzi is now seen as he may have seen himself - as an artist whose limitations were innate and whose pastoral or provincial lifestyle and aspirations would reflect those limitations whilst somehow invalidating them.