Items related to Harold Pinter: Plays 4: Betrayal; Monologue; One for... 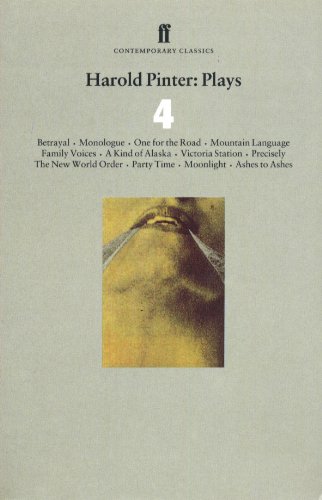 The first in the collected plays of Harold Pinter, this volume contains his first six plays, spanning the years between 1957 - 1960, as well as two short stories written before he turned to the theatre.

Harold Pinter was born in London in 1930. He lived with Antonia Fraser from 1975 and they married in 1980. In 1995 he won the David Cohen British Literature Prize, awarded for a lifetime's achievement in literature. In 1996 he was given the Laurence Olivier Award for a lifetime's achievement in theatre. In 2002 he was made a Companion of Honour for services to literature. In 2005 he was awarded the Nobel Prize for Literature and, in the same year, the Wilfred Owen Award for Poetry and the Franz Kafka Award (Prague). In 2006 he was awarded the Europe Theatre Prize and, in 2007, the highest French honour, the Légion d'honneur. He died in December 2008.