Items related to Kazan on Kazan (Directors on Directors)

Kazan on Kazan (Directors on Directors) 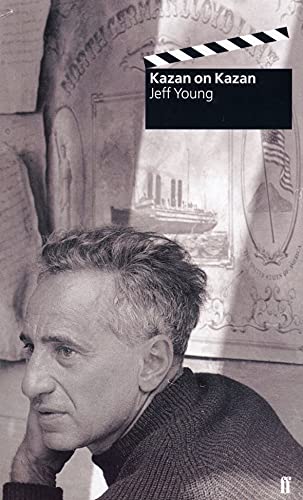 Elia Kazan is the director responsible for films such as On the Waterfront, A Streetcar Named Desire, Viva Zapata! and East of Eden - to name but a few. With Marlon Brando and James Dean he inaugurated a new age of screen acting - one closely connected to the New York Method school - which has left a lasting impression on American movies. A Greek immigrant - who immortalized his family's struggle to reach the New World in his film America, America - he was ferociously committed to dealing with the problems that beset American society: trade unions in On the Waterfront; anti-semitism in The Gentlemen's Agreement; media manipulation in A Face in the Crowd; and ecology in Wild River. His demand for an authentic intensity of performance from his actors brought a powerful emotionalism to American movies and created moments of cinema that live forever in the memory. This book chronicles, in his own words, the career of a director who re-defined American film acting.

An account of the work of 1950s' Hollywood film director Elia Kazan who inaugurated a new age of screen acting, based on the New York Method school, which brought a powerful emotionalism to American films. Kazan's films deal with the problems that beset American society and include On the Waterfront, A Streetcar Named Desire and East of Eden.

Jeff Young is the director of the film, Been Down So Long it Looks Like Up To Me and is the author of Kazan on Kazan.

1. Kazan on Kazan (Directors on Directors)

2. Kazan on Kazan (Directors on Directors)

4. Kazan on Kazan (Directors on Directors)