Items related to Is it Me?: Terry Wogan - An Autobiography

Wogan OBE, Sir Terry Is it Me?: Terry Wogan - An Autobiography

Is it Me?: Terry Wogan - An Autobiography 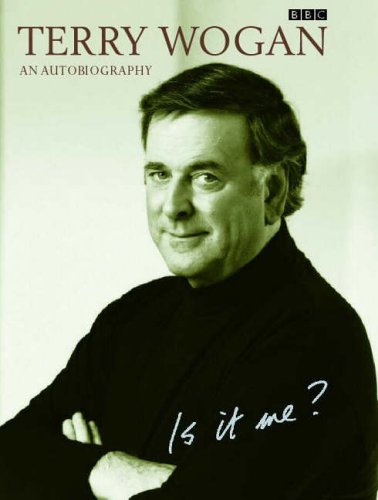 Much has been made of Terry Wogan, that genial stalwart of the BBC, "biting the hand that feeds him" in his autobiography, Is it Me?, though his mild criticisms form a very small part of these witty, loquacious reminscences. Born in Limerick in 1938 to a grocer father and a mother who "was Ireland's worst cook", Wogan recalls that "most of my boyhood was spent on a bike"--though he did demonstrate a flair for amateur dramatics very early on. "The Great Move to Dublin" occurred in 1956, when his father was appointed to a general manager position. Wogan relates his teenage love of early rock and roll, his lack of interest in school exams and his early years as a bank clerk before he noticed an advertisement in the Irish Independent for announcers for Radio Eireann. So began Wogan's long career in broadcasting; by the early 1960s he was a household name in Ireland. It was only a matter of time before he was courted by the BBC, and during the 1970s and early 1980s he was the voice of BBC Radio 2, with a wry commentary style, an unthreatening playlist and a unique talent for tapping into the nation's obsessions (could anyone forget his "Who Shot JR?" campaign when Dallas fever reached its peak?). Television presenting followed: there was the hit quiz show Blankety Blank, "a watershed for me, the start of a decade of extraordinary success and acclaim"; and the thrice-weekly chat show Wogan, attracting an average of 8 million viewers. The latter had its highs among the interviewees--Cilla Black; Dolly Parton; Mel Brooks--and its lows--comedian Freddie Starr, "the world's most frightening interviewee"; a monosyllabic Anne Bancroft; and David Bowie, who "would not speak ... or at least not sensibly ... he will never know how close he came to a slap on live television". Wogan has now come full circle and is back presenting the Breakfast Show on BBC Radio 2, the annual Eurovision Song Contest (which would be lost without his gentle mockery), with the centre of his life remaining his children and his wife of 35 years ("the present Mrs Wogan"), a man for whom "the trappings of fame came thick and fast" but who has never seemed to lose his sense of humour--or his sense of the absurd. --Kate Weaver

Terry Wogan moved to light entertainment as a disc jockey and host of TV quiz and variety shows after working in banking. In 1969 Terry stood in for BBC Radio's Jimmy Young, and later that year was given his own daily shows on BBC Radio 1 and 2. In 1972 he took over the prestigious morning show slot. Terry's extensive television credits include his live chat show series "Blankety Blank," "Come Dancing," "The Eurovision Song Contest," "Songs for Europe," and "Wogan ," to name but a few. In 1993 Terry rejoined BBC Radio 2 to present "Wake up to Wogan," the most listened to breakfast show in the UK. Her Majesty the Queen honored him with a knighthood in 2005.

2. Is it Me?: Terry Wogan - An Autobiography