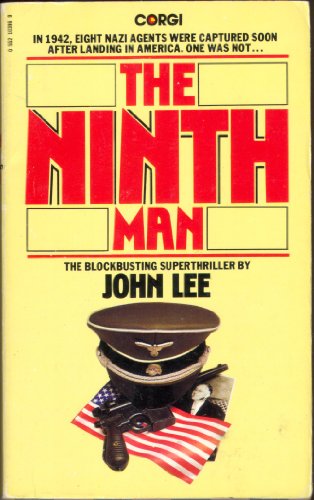 The Ninth Man - A World War II book, based on fact and set in the U.S. In 1942, the Germans landed eight saboteurs by submarine, four in New York and four in Florida. Within two weeks all eight were caught. This is the story of the ninth man, who got away. Lee's first best-seller, the book was published by Doubleday and Dell, in several magazines excerpts, seven foreign languages, a 25-part radio serial, and has been optioned for films seven times.

Lee's first professional writing experience was with newspapers. After graduating from Texas Tech, he went to work with the Lubbock Avalanche-Journal as a sports writer, sports photographer and sports cartoonist. He worked there until he was invited to join the Fort Worth paper, working for city-side. Lee worked in Fort Worth for five years, then went to Spain as a freelancer, to try his hand at a first novel. After a year in Europe, he went to work for the Denver Post, where he stayed for five years, until an international PR firm (Goodyear Tire & Rubber Co.) hired him to work in Akron, Ohio, where he stayed for two years. He then went to Mexico for another year of freelancing. When he returned to the states, he worked on two new novels and tried his hand at professional painting. He was offered a job as editor-in-chief of the Tehran Journal, an English-language newspaper in Iran, but chose to return to graduate school. While studying for his master's in West Virginia, he served as stringer for the Associated Press and taught a photography class for the WVU School of Journalism. Once he finished his master's degree and started teaching, he was asked to handle magazine-article classes. He knew little about magazines, so he started writing articles for a broad range of magazines, from top consumer markets to lower specialized markets. He published materials in some thirty different magazines during this period, and began to find success with his novels. Later, after he quit teaching, he added several hundred magazine articles to his writing credits when he began reviewing computer games for computer magazines. His list of writing credits is extensive, and you will find partial lists in several categories on his web site, www.johnlee-ninthman.com, including art, photography, magazine writing, academic writing, and books.

Book Description Corgi Childrens, 1977. Paperback. Condition: Good. All orders are dispatched the following working day from our UK warehouse. Established in 2004, we have over 500,000 books in stock. No quibble refund if not completely satisfied. Seller Inventory # mon0003900799

Book Description -. Paperback. Condition: Very Good. Ninth Man This book is in very good condition and will be shipped within 24 hours of ordering. The cover may have some limited signs of wear but the pages are clean, intact and the spine remains undamaged. This book has clearly been well maintained and looked after thus far. Money back guarantee if you are not satisfied. See all our books here, order more than 1 book and get discounted shipping. Seller Inventory # 7719-9780552103961