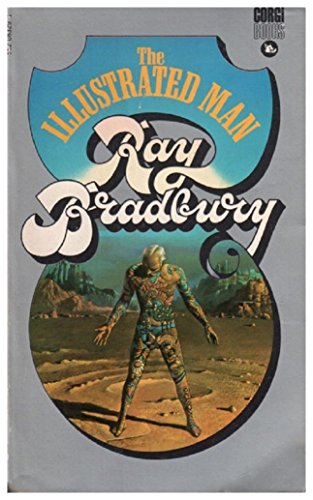 Here are eighteen visions of humankind's destiny. A mixture of magic, imagination and truth.

‘It is impossible not to admire the vigour of his prose, similes and metaphors constantly cascading from his imagination’ Spectator

‘As a science fiction writer, Ray Bradbury has long been streets ahead of anyone else’ Daily Telegraph

‘Readers unfamiliar with what Bradbury at his best can do should look to The Illustrated Man.’ Washington Post

‘No other writer uses language with greater originality and zest. he seems to be a American Dylan Thomas – with dsicipline’ Sunday Telegraph

Ray Bradbury brings wonders alive. A peerless American storyteller, his oeuvre has been celebrated for decades--from The Martian Chronicles and Fahrenheit 451 to Dandelion Wine and Something Wicked This Way Comes.

The Illustrated Man is classic Bradbury--a collection of tales that breathe and move, animated by sharp, intaken breath and flexing muscle. Here are eighteen startling visions of humankind's destiny, unfolding across a canvas of decorated skin--visions as keen as the tattooist's needle and as colorful as the inks that indelibly stain the body.

The images, ideas, sounds, and scents that abound in this phantasmagoric sideshow are provocative and powerful: the mournful cries of celestial travelers cast out cruelly into a vast, empty space of stars and blackness . . . the sight of grey dust settling over a forgotten outpost on a road that leads nowhere . . . the pungent odor of Jupiter on a returning father's clothing. Here living cities take their vengeance, technology awakens the most primal natural instincts, Martian invasions are foiled by the good life and the glad hand, and dreams are carried aloft in junkyard rockets.

Ray Bradbury's The Illustrated Man is a kaleidoscopic blending of magic, imagination, and truth, widely believed to be one of the grandmaster's premier accomplishments: as exhilarating as interplanetary travel, as maddening as a walk in a million-year rain, and as comforting as simple, familiar rituals on the last night of the world.

Book Description Transworld / Corgi, 1969. Paperback: 7" x 4˝". Condition: Near Fine: Small signs of wear. Cover Art: Bruce Pennington (illustrator). 1955 Edition. © 1951: A collection of 19 short stories by Ray Bradbury. 5th printing of 1955 edition:- Contents: Prologue: The Illustrated Man / The Veldt / Kaleidoscope / The Other Foot / The Highway / The Man / The Long Rain / The Rocket Man / The Fire Balloons / The Last Night Of The World / The Exiles / No Particular Night Or Morning / The Fox And The Forest / The Visitor / The Concrete Mixer / Marionettes, Inc / The City / Zero Hour / The Rocket / Epilogue:- Synopsis: These are stories of other worlds: of the rain-gutted forests of Venus and the deep canals of Mars; Of the empty blackness of space and of planets that have no name. These are stories, too, of Earth: the green villages of Earth - new and unfamiliar in the glow of a wondrous future. And here - above all - is the story of The Illustrated Man - tattooed by a witch with the most fantastic images ever seen on Earth:- (original cost 4' Ł0.20)). Seller Inventory # 18.003.00072